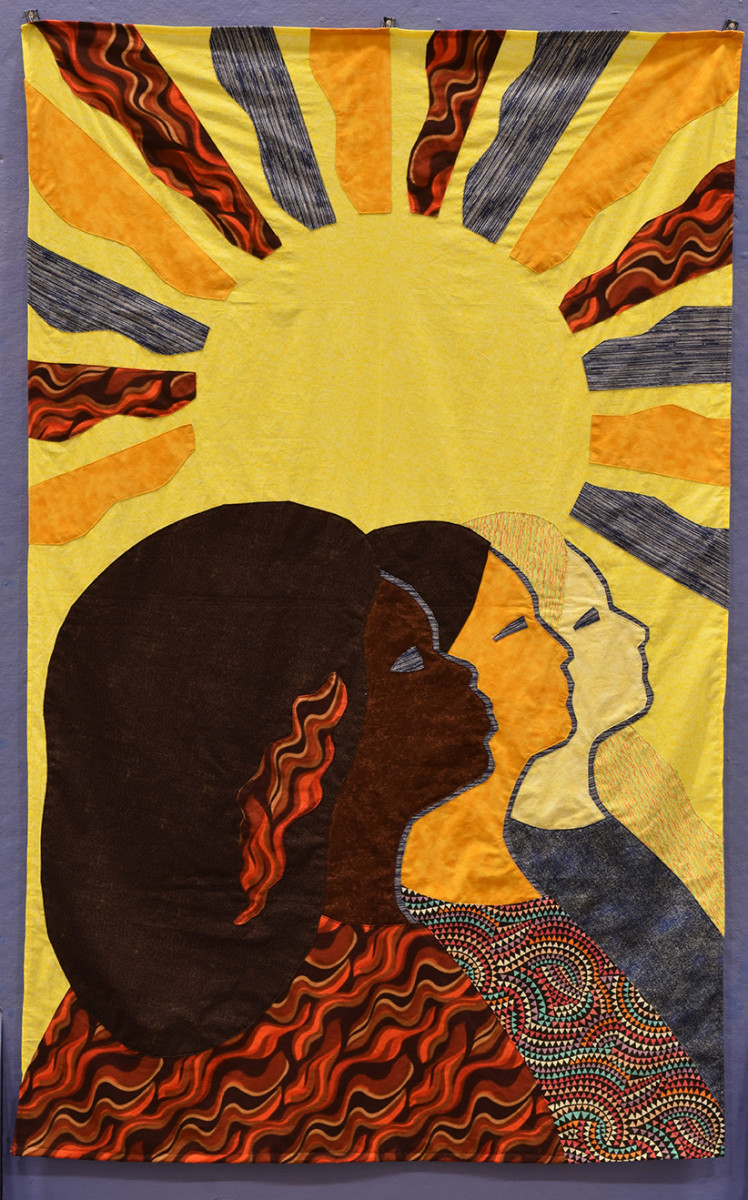 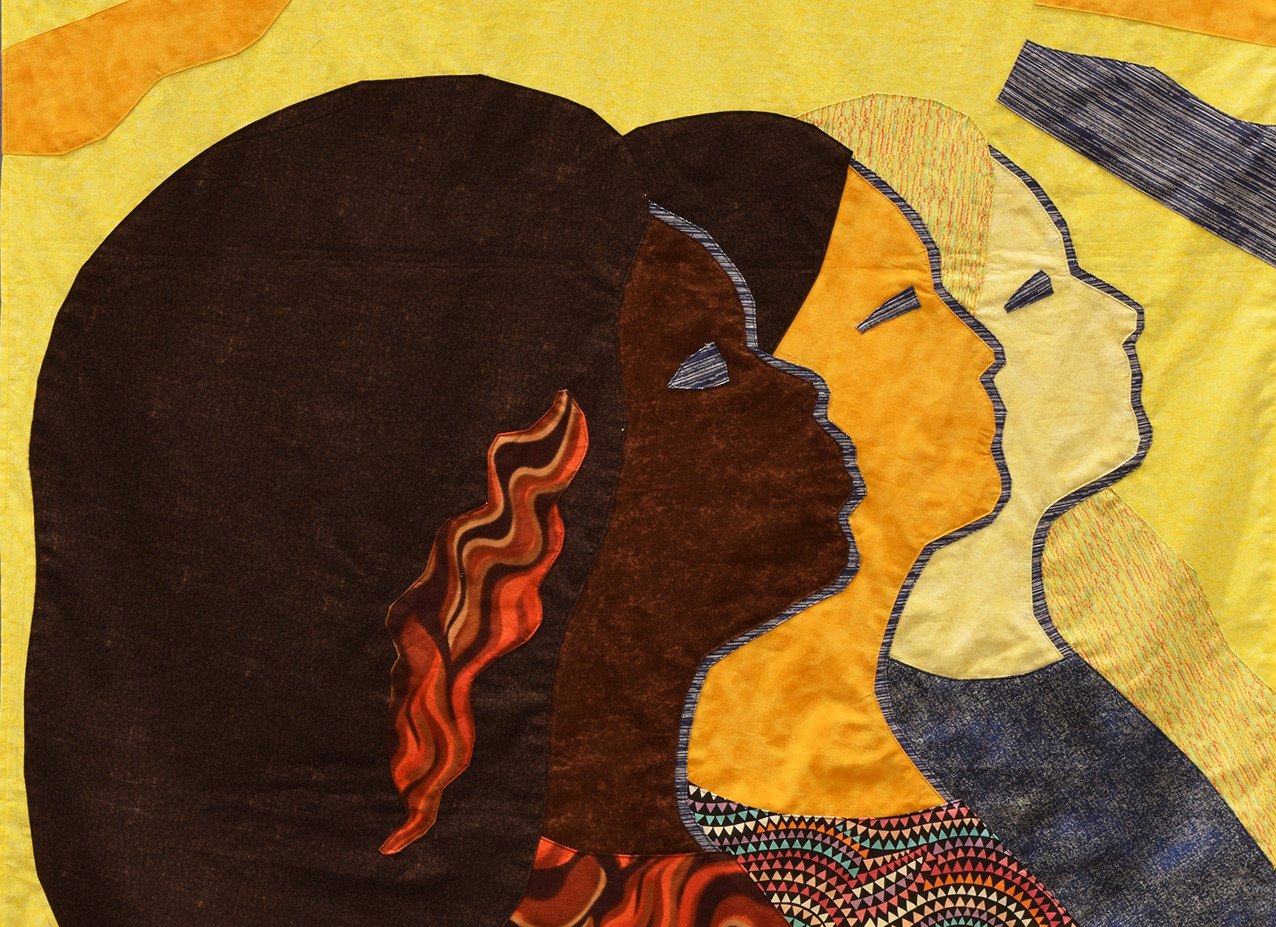 In Solidarity of Women of the World. Remake of the Soviet poster of the 1960s. Textile collage. 2021.

My work is a contemporary remake of the Soviet poster of the 1960s, which was originally designed in support of solidarity of women of the world. In the 1960s, as the Western European colonies throughout the African continent underwent the process of decolonization and became independent countries, the Soviet Union, which did not have colonies there, attempted to assert political and economical influence on many of them. Many posters of the era were dedicated to internationalism, friendship and solidarity of people of different races. I found the message of unity welcoming, yet equally ironic and self-serving, as usually in these images a white person was placed in the foreground assuming a leading position. Remaking the image I changed the positions of women by placing a black woman in a forefront.