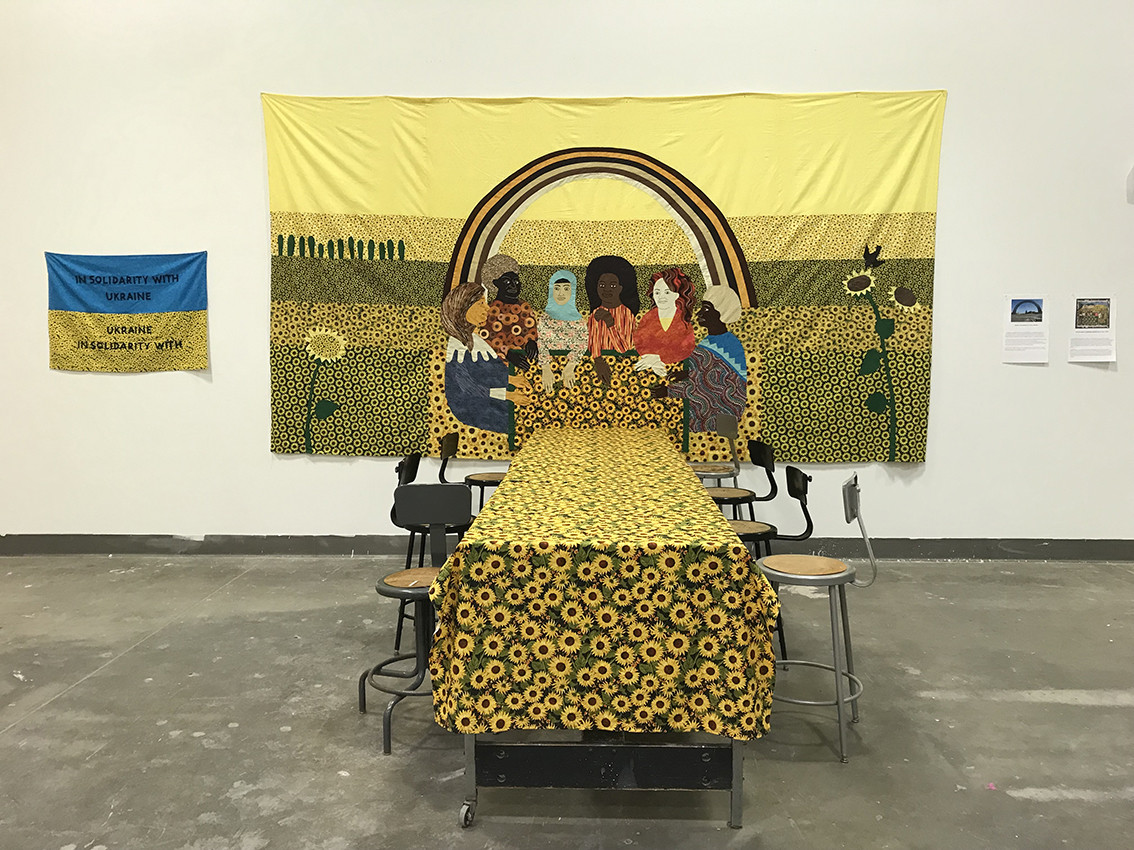 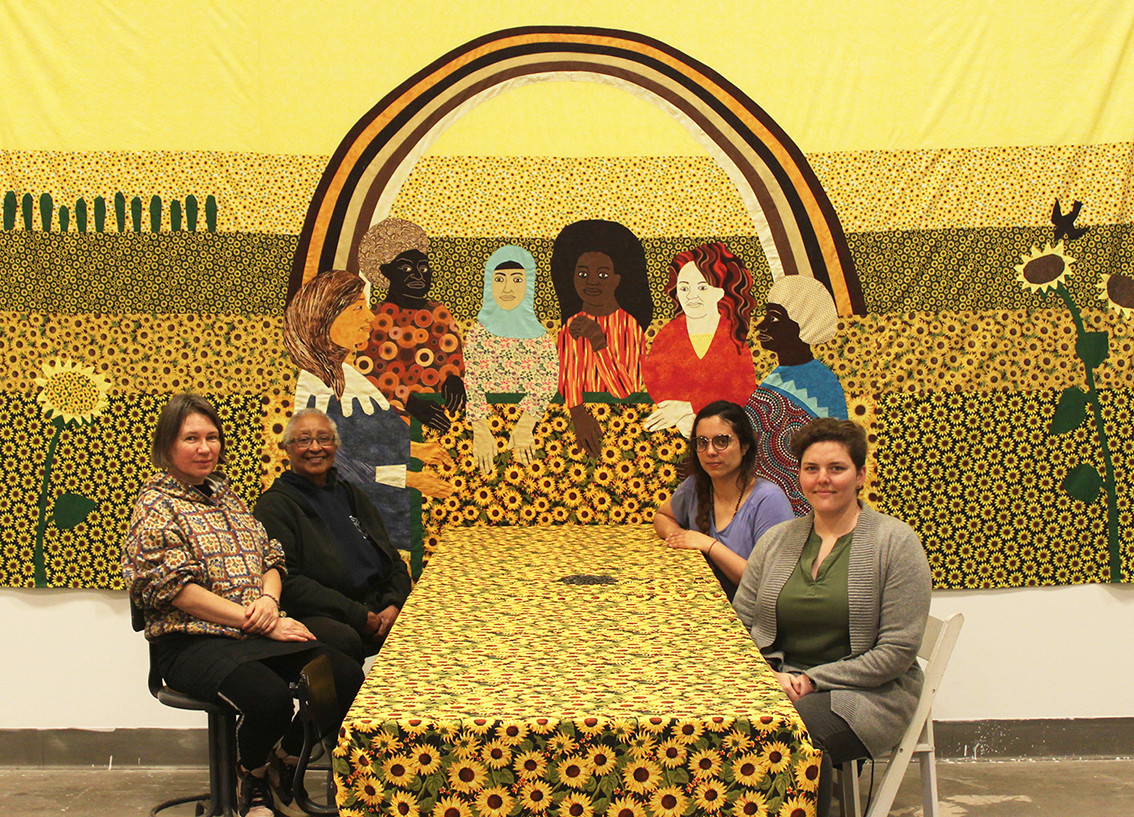 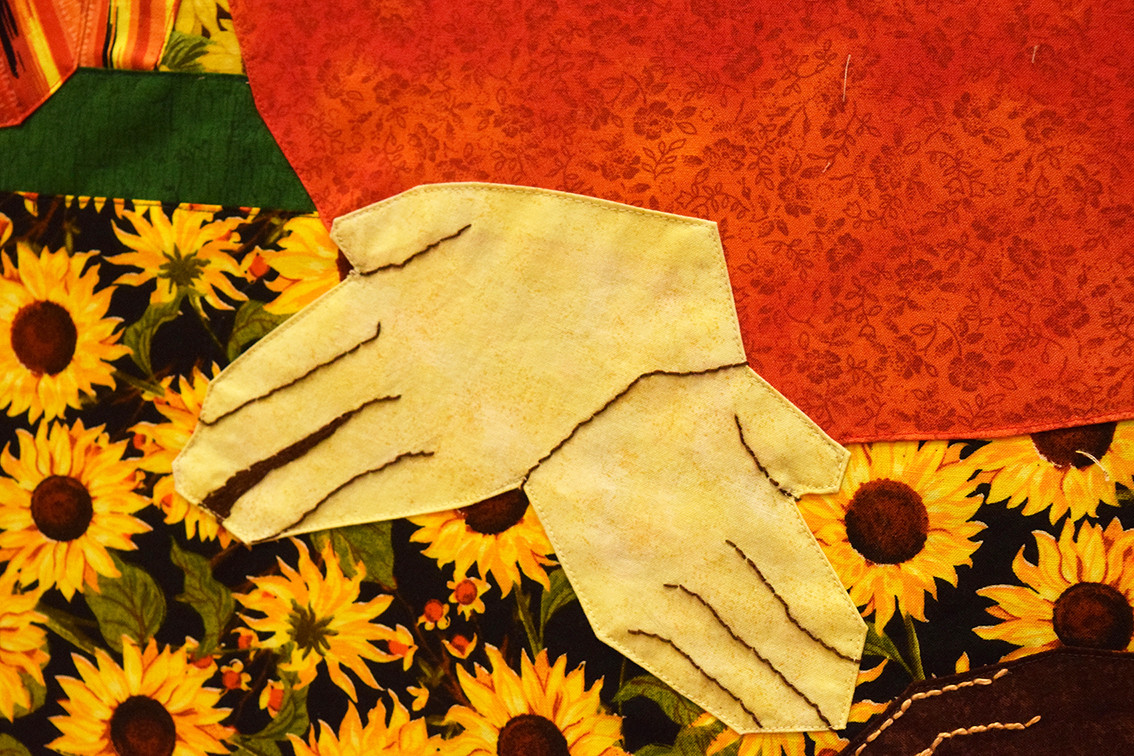 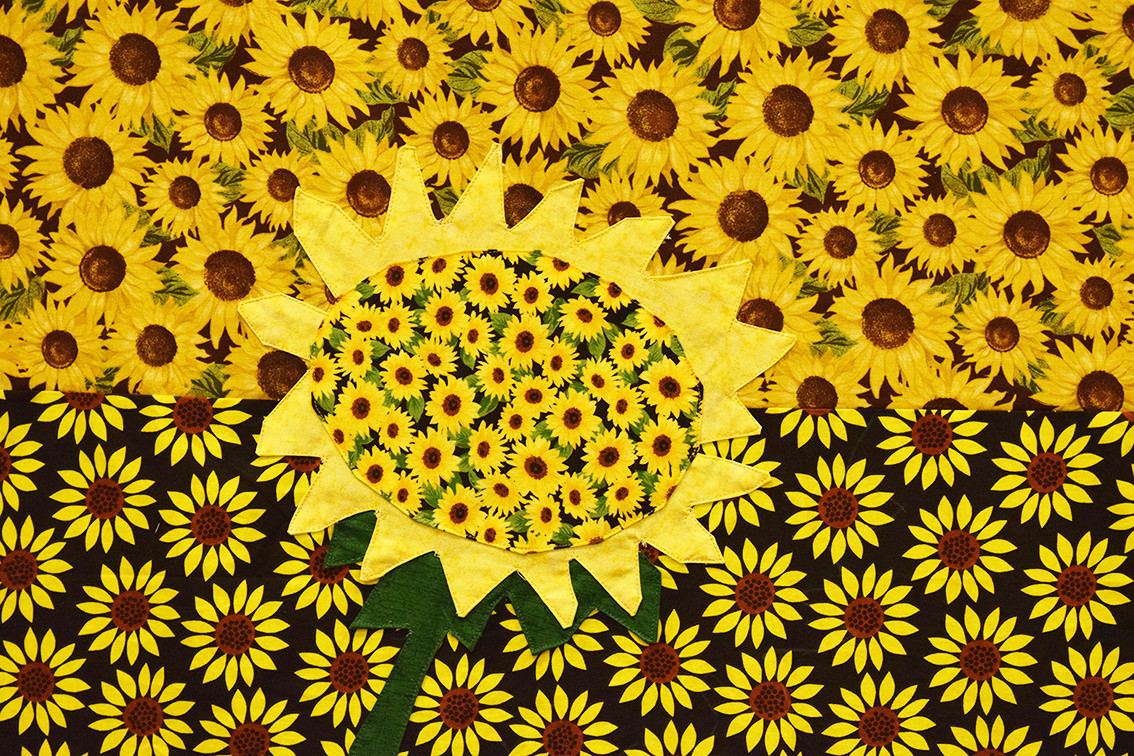 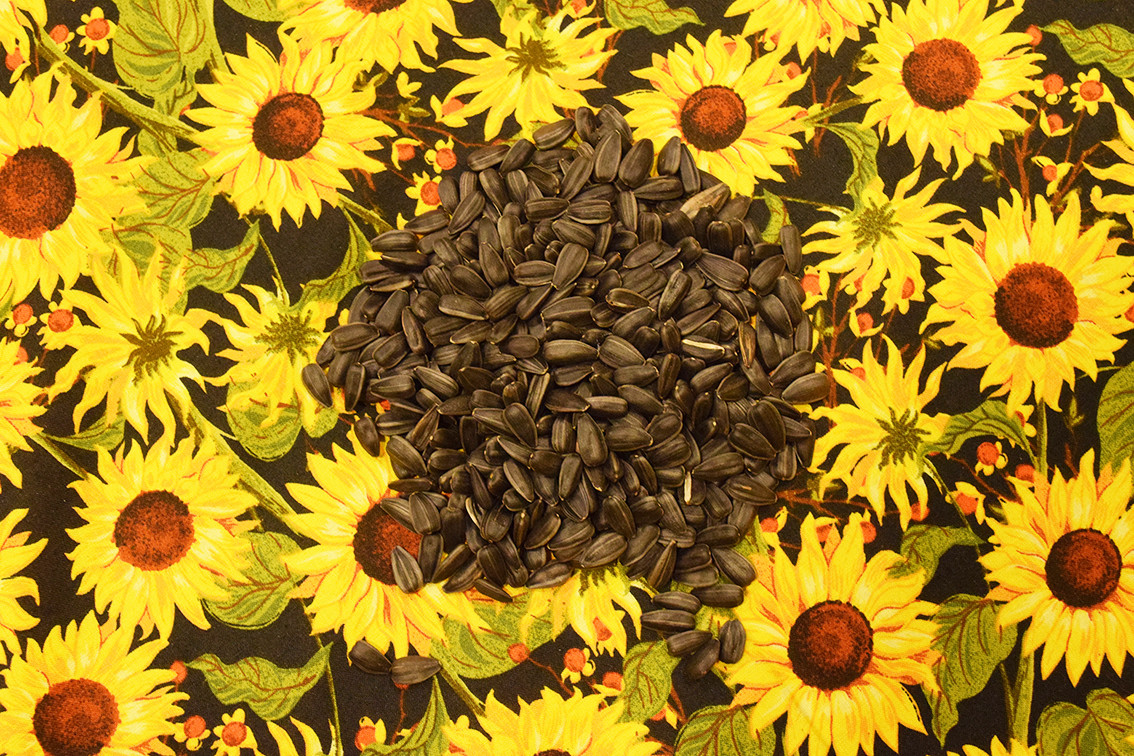 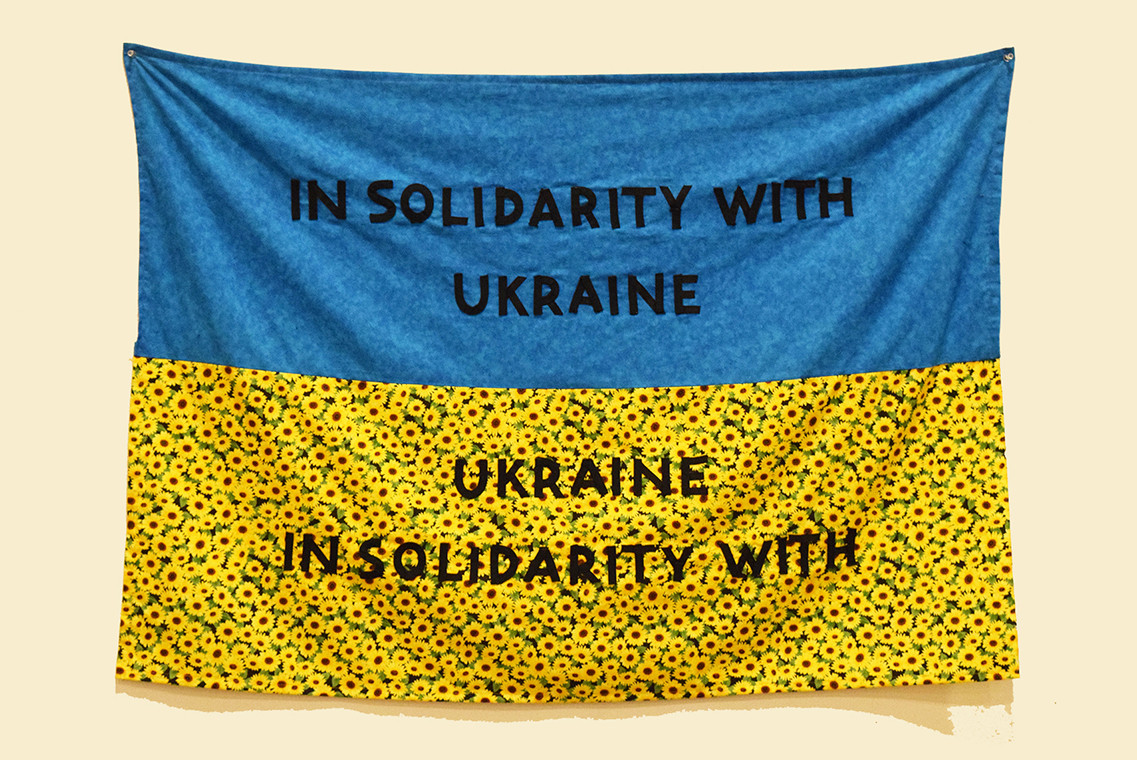 The gigantesque rainbow is the monument in Kyiv, the capital of Ukraine. Until recently it was called the People’s Friendship Arch. It was originally designed during late Soviet time to commemorate the reunification of Ukraine with Russia. Today, in 2022, the Soviet myth about “brotherly Ukrainian and Russian nations” which always assumed Russian dominance, became the justification for the cruel Russian invasion in Ukraine with the aim to erase Ukrainian identity and independence.
In my work I rethink the idea of people’s friendship and solidarity. Being inspired by the quilt of Faith Rinngold, Sunflower quilting bee at Arles, I imagined women with different skin tones gathered in front of the Arch in the sunflower landscape in Ukraine. Solidarity with Ukraine that people from all over the world express today is very important. During the first days of the full-scale war in Ukraine, a Ukrainian woman confronted a heavily armed Russian soldier who invaded her city and offered him sunflower seeds saying: «Put these seeds in your pockets so at least sunflowers will grow when you all lie down here». Then sunflower became a symbol of Ukrainian resistance.
In April 2022 sculptures under the Arch in Kyiv were dismantled and the monument was renamed into Arch of Freedom of the Ukrainian People. Freedom of Ukraine symbolizes democracy and freedom for all peoples in the world. I dream of a peaceful Ukraine that is open to solidarity and diversity.